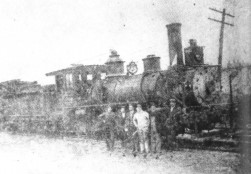 Did you know that from 1881 unitl 1926 Montgomery residents could ride the C.C. & L. railway commuter train into the City of Blue Ash and then to Cincinnati?  The Montgomery station was located on Shelly Lane between Cooper Road and Ted Gregory Lane and the train ran through what is today Swaim Park and Swaim Field Subdivision.  There were five commuter trains that left the City and round trip fare to Cincinnati was 60¢ in the early 1900’s.  The station was closed in 1926 due to decline use of trains due to the increasing use of the automobile and the tracks were taken up in 1933 in order to construct Swaim Field Golf Course, which was in operation from 1933 until 1976.

In the early 1930’s the 224 acre farm located at the corner of Cooper and Zig Zag roads was developed into a golf course.  The owners hired Indianapolis golf course architect Bill Diddle, who is known as one of America’s great golf architects to 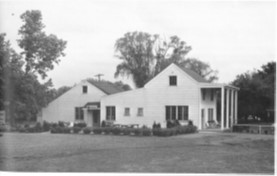 design the course. The first nine holes were built, then a second and a third were added.  The course also included a clubhouse and restaurant and bar called “The 19th Hole”. The course was closed and altered in 1965 when I-71 was routed along the western edge and when Cross County Highway was constructed the Cooper Road “back nine” section was sold for a housing development called Village Green.  The golf course ceased operations in 1976 when it was sold to developers who built the 176 lot subdivision, Swaim Fields. The adjacent Swaim Park was also originally part of the golf course and Todd Pond was the water hazard at the 18th hole.