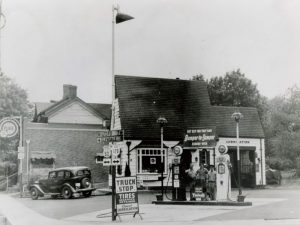 Montgomery’s history is reflected in who lived here, what they did, and what they built in which to live, work, be schooled and attend church. The more one learns about the earliest families, and envisions their arrival in the wooded forests and rock creeks that we call the bustling suburb of more than 10,000 today, the more one realizes the physical courage and strength of vision these early pioneers had.

To preserve the City’s cultural heritage, the Montgomery Landmarks Commission was established in 1976. As of today, the Commission has identified 32 landmarks to commemorate the City’s historical beginnings. These landmarks will be preserved for future generations as a tribute to Montgomery’s past.

This website was created to document Montgomery’s history from 1995 to present day and is the result of a collaboration between the Montgomery Historical Preservation Association and the City of Montgomery.