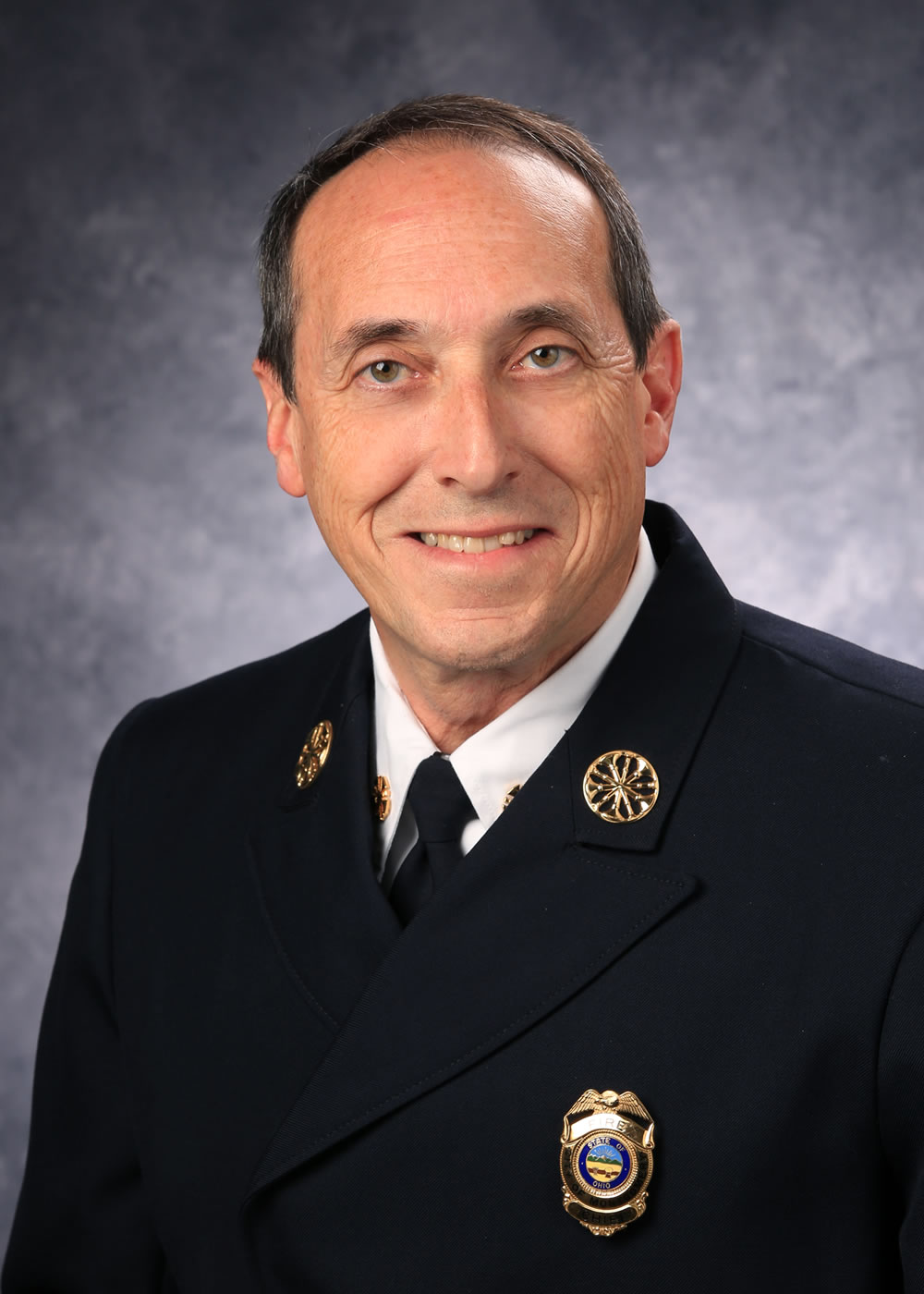 Chief Wright has been involved in the fire service since 1978 when he became employed by the Montgomery Community Fire Company. He progressed through the ranks to Captain with this organization before accepting a Shift Captain’s position with the Mason Volunteer Fire Company in Warren County, Ohio in 1992. He progressed to the rank of Assistant Chief before returning to the City of Montgomery Fire Department where he has been Chief since 1998. Chief Wright holds many certifications, some of which include Firefighter II, Paramedic, Fire Instructor, HazMat Operations, and Basic Emergency Rescue Technician (BERT). He has attended numerous leadership programs such as the National Fire Service Staff and Command School. Chief Wright has held a Board Member’s position in the Hamilton County Fire Chiefs Organization from 1999 through 2012. He has served on the Ohio Fire Chiefs’ Association (OFCA) Board of Directors since 2001 and held the position of President of the OFCA during the years of 2014 and 2015. He currently is the chair of the Ohio Fire and Emergency Service Foundation which oversees the training programs for the OFCA. Additionally he represents the OFCA as their representative to the Great Lakes Division of the International Fire Chiefs’ Association.